There are picks available

This season - as much as it has been painful to watch at times, seeing empty stadiums and not being able to attend the games the way we were all used to - has produced most unscripted Super Bowl we could think of.

Both teams are the ones deserving to be there. We have two quarterbacks - one that is all time great by far, and one that is all time phenomenon in his way of playing - opposing each other. We have two coaching greats, both representing the whole academic approach to the game. We have Super Bowl played for the first time ever in one of the teams' venues. And, finally - we have two teams that can and will put up the show worthy of Super Bowl.

The bookies are happy too as they will make mucho dineros from the wig/juice and there is no need to manipulate it in any way cause the public money will be divided more or less one way or another.

So, as far as we go - or I go - the game can be handicapped in a most professional way not being bothered by the variables that have nothing to do with football.

And, yet, I'll be searching for those variables and if I will come by any worth of bringing to our attention - I will bring it.

The only such variable right now is  - how would it look in NFL history when a home team will be listed as a winner? Will it bother anyone? Will the merchandizing matter? Is it too clear this is the year Brady has to win and finish his career or he still has a year or two under his belt?

And, it is right away balanced by - if that is not probable the home team will win the Super Bowl, how about the Chiefs winning it second time in a row while the last time it happened was more than 16 years ago and since then nada. And, who was the last team and the QB to do that? Yeas. You're right. Brady and the Pats.

So, now, that we have so much fun ahead of us handicapping this Super Bowl - let's enjoy it (as we have any other choice)

Let us begin with the head coaches. Bruce Arians versus Andy Reid.
68 years old Bruce Arians is making his 4th big dance appearance. First as a head coach. He is 2-1 so far. All with the Steelers. 1-1 as an offensive coordinator and 1-0 as a wide receivers coach. But, all that was almost a decade ago. Does that mean anything handicapping wise? No. Cause Andy Reid as an offensive assistant for the Green Bay Packers has won a Super Bowl XXXI in 1996 and won with the Chiefs as head coach last season. He also coached (not a head coach) in two more Super Bowls.
So, the coaches - both of them been there and know what it is all about.
Does any of the have a clear edge in the games between them? Not relevant. It is the Super Bowl and they have never played each other as the head coaches of these two teams in a post season.

Going to Quarterbacks... What can I add here? On the night before Mahomes was born, Brady’s Michigan Wolverines won at Boston College 23-13. But the 7th-string true freshman didn’t make the trip and was so depressed about his plight at U-of-M that he was considering transferring back close to home to play at California. Brady beats his own record of age disparity set against Goff of the Rams in the Super Bowls.
Does that mean anything at all? No. Cause what Brady has achieved as a quarterback can't be compared to anything. We can especially see that now when Bellichick didn't even make the playoffs without him. We all know the numbers and for the last 20 years Brady has been the most dominant Football figure who is about to prove it was him and no other who has to be credited with what the Pats have achieved.
Is Mahomes there yet? Off course not. But, Mahomes has proven one thing already: he can manipulate the score and explode at his will and we have yet to learn if it is because he Kelce and Hill or he can be a Chieftain on his own

The Proof is in the Pudding 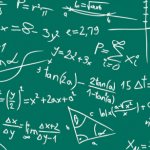 Yesterday we concluded the first month of SBS implementation and would like to share with you the detailed report including how much profit each of the three programs – Basic, Standard and High Roller - turned in. We also doubled our bankroll twice in one month and I will give you precise instructions as to how much and when -  each member by the date he joined – to withdraw and how to define a new bankroll and the size unit.

END_OF_DOCUMENT_TOKEN_TO_BE_REPLACED

It works. Confirmed. Our method of turning sports betting into business – works!

Doubling the Bankroll
A week ago i emailed all the subscribers and the members that we are implementing a new, goal oriented strategy. That goal was and still is creating a steady monthly source of extra (and ever growing if managing the money according to our money management system) income alongside constant growth of capital.

And, our system worked properly and performed better than expected. The testimony to that is doubling the initial bankroll in just 5 days.

END_OF_DOCUMENT_TOKEN_TO_BE_REPLACED

Investing in sports is the most enjoyable form of investing as you can follow the action with your own eyes wherever you choose to do it from. And, we all know that the best made money is a won money. The money you win is the sweetest one. There is no shame talking about it and it is the common practice. But, the only thing required of you is discipline. if you can exercise one - I will deliver the rest.
END_OF_DOCUMENT_TOKEN_TO_BE_REPLACED

NFL is our Bread and Butter. Read below why and how. And, of course a Happy New 2018th Year!

For years now the NFL has been and still is our Bread and Butter. Yes. I can say that even in this era of Veganism and Stay Away from Carbon diets  :).We have gotten better and better as the season has advanced and those are the numbers:Since the beginning of the season: 85 - 70 - 7. That is a modest 54.8% winning rate. We earned $3435 in that period. But, as the season advanced we got the better and better numbers: one month back from now we amassed the following record: 21 - 12 - 3 with 63.63% winning rate and $2175 profit. Last week we got 4-2 with 66.66% winning rate and $740 profit. Today we have the last regular season game day and all the games will be played today. Be sure not to miss!
END_OF_DOCUMENT_TOKEN_TO_BE_REPLACED

We went 6-0 Sunday/Monday NFL. It is pretty good result considering MK - who I am competing against - went 5-3 in the same stretch. The next NFL night in on Thursday and then we have again -Sunday/Monday of Week 15. Do not sty behind while we hope we continue to stay hot with other sports than NFL Football (NBA, College Basketball. NHL, College Football etc).
END_OF_DOCUMENT_TOKEN_TO_BE_REPLACED

DECIPHERING THE NFL 2017/18 SEASON WITH THE PHIXER’S CODE

NFL has been our bread and butter for years now. Even before launching the PhixerCode - the NFL was our main source of income. And, even then - I liked to get into action only after few weeks have passed. Why? Because, each season the NFL has to be deciphered using a new Code. You can argue the probability of what was said- but, the results speak for themselves.
END_OF_DOCUMENT_TOKEN_TO_BE_REPLACED

The timing is sometimes everything. Getting in the right form at the right time is an essential part of a long run success. With the NFL entering its second week, and the College Football - it's third, with NBA and NHL only a few weeks away, and the European Soccer developing it's pace week after week adding the Champions League to it's rich menu - it is the right time to hit the nail in the head with MLB in it's final regular season weeks and preparing for the post season. And, that is what we are doing precisely adding up 3-0 sweep last night to already a great 3-1 night before that summing up a 16-8-1 run in the last 25 picks. That is a 24.4 unit profit .

This is the perfect time to make your step in the right direction!
END_OF_DOCUMENT_TOKEN_TO_BE_REPLACED

We at PhixerCode are upgrading the security settings before the NFL season. All you are required is to change your password whether you are just a registered member or are enrolled in one of the programs. We have simplified the procedure for you and it will take only a minute to change your password. We thank you for the cooperation.On another note - we have already began our football season with college football cashing on all 3 latest picks and are also having a great runs in MLB and European Soccer.If you did not enroll in one of the three programs offered at the PhixerCode - this is a perfect time to do so.We're looking forward to welcome you at the new and upgraded PhixerCode Cheers

SELECT THE PROGRAM THAT SUITS YOU THE BEST

All programs include automatic emails and SMS.

THIS IS YOUR OPPORTUNITY TO TURN PLEASURE INTO A BUSINESS

WITH PHIXERCODE.COM YOU RECEIVE ALL OF THE FOLLOWING

Get the most out of PhixerCode, a step by step Guide.

Turn your sports investing into a business. The key element to financial success.

Basic, Standard, High Roller and more. Enroll to the program that best suits you.

PROCRASTINATION IS YOUR NUMBER ONE ENEMY