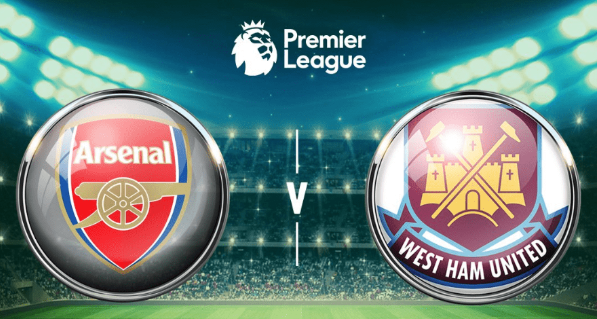 The Gunners had the toughest opening schedule any team can have: they opened up with hosting the reigning champions - Manchester City - followed by an away match at Stamford Bridge against Chelsea - the champions from a year before the Citizens. They played fairly good both games and had actually more chances than the opposition in both.

The lack of finishing finesse by Mkhtyrian and Aubameyang in front of the opposition goals and soft defensive effort in absence of Koschielny can be blamed for lack of points in Gunners point column in the table - but, one thing you can't say they lack - the will and the effort. Well, sooner than later that will pay off. And that sooner may come sooner than later - today.

The Emirates will packed with capacity crowd when two London teams will clash in a Zero Pointers battle to get a win.

There will be no draw. I'm not sure what the result will be - I believe the Gunners will score plenty, but, the win is guaranteed against the Hammers who will look for the points elsewhere.

I know some of you may think this is too much juice too pay. You are absolutely right. It is way too much juice to pay. $2570 to win $1000, unless it is the money on the floor you have to pick and then it is not the juice but a wise investment.

The game starts in a bit more than an hour

Missed the parlay but played the Arsenal pick. Great analysis Phixer. I can see the analysis was good for both

Now I understand the advantage of being Europe based. Thanks.

Advantage of being Europe based? Where can one learn such exquisite sentences?

I’m American and I got this one. What’s your point you commie Bozo?

Great pick. Almost missed it but was able to catch it before it closed./ Even then I’d still be able to play it live. So, what’s you point here

What an incredible couple of days! Are we gonna go 8 games in a row winning and sweeping two four nothings in a row? Wowowowowowowo

I understand this is one of you signature runs and we’re right in the midst of it. Glad to be here

Hi Phixer,
I also sent you an email and didn’t get an answer. I upgraded my package back to High Roller and I can’t login as it sends me an error saying that I used too many IPs. Can you or someone please make sure I can have my picks for today in any way you can deliver me. Please check your Phixercode inbox.
BTW, great run. very impressive.
Thanks in advance!

Yes. I saw your email and already answered you. MY CTO will fix that tomorrow when he’s back in the office. Meantime I’ll email you the picks. The problem happened because you tried to login from more than 5 or 10 different IPs and in order to protect site integrity from all kinds of folks who like to resell my picks – we have a feature that applies that super layer of Intellectual Property protection by limiting the IP’s you can log in from.
The further correspondence will be thru emails.